It’s the girl in the supermarket who says hello and asks what you are making for dinner – or she’s the girl in the library who’s reading the anime comics. Aussies come in all shapes and sizes, but while we may all have different backgrounds – we are all still Aussies.


That’s our big secret. We don’t care where you come from – Vietnam, South America or even France… Once you are an Aussie – that’s it. Your part of the great big melting pot of Australian culture.


This January 26th, I’ll be with my husband and daughters at the local celebration for breakfast, then my girls are hoping to participate in the annual swimming races at the local pool – it’s usually our last quiet period before school resumes.

Wishing you a wonderful Australia Day! 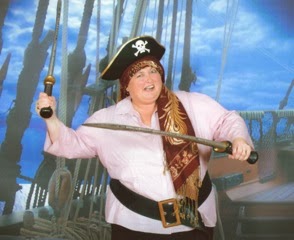 A Bar In Paris

Ever considered a naughty weekend?  A “Hook-Up” with no strings?
What does a woman do when she’s turning thirty? She takes a sexy weekend trip to Paris looking for commitment-free sex. Or, that’s what Davina Chalmers does, anyway.
Enter Johnathon a tall charming Englishman. How can she possibly resist his charm and that dimple?
But what starts out as a lark quickly becomes so much more. But how does one weekend become a lifetime? And how does a lie of omission bring everything into jeopardy?

The waiter smiled and I sighed. “Time to go.” As I started to rise, gripping my bag in my hand, the bell above the door rang and I watched with interest as the sexiest man I’d ever seen entered. The cool blonde on his arm was scowling and he pried his fingers from her arm then walked away. For a moment, she wobbled on her stilettos before she sneered in her super chic French way only they can pull off and stalked out the door. It slammed so hard the panes of glass shuddered.The man scowled, but to be honest, it didn’t hurt at all. He was tall and well built. Blond hair with gray eyes.My mind screamed that this man that could probably satisfy my needs. He didn’t appear even slightly inebriated and he was obviously single now, if that little carry-on was to go by. Perhaps this was my chance? I smoothed down my black dress, making sure my cleavage was just peeking out, then I sucked in a deep, deep breath and stood, hoping to catch his eyes.
I watched the man stalk to the bar and order in perfect English-accented French. “Une bière, s’il vous plait.”
My toes curled at his voice and the waiter hurried to do his bidding. Mr. Sexy’s voice was cultured and deep. I like voices, particularly men’s voices. They can make me go gooey at the knees, and this one warmed my insides to the consistency of thick, warm honey. And I knew he was the one I wanted to be with all night long.
The server handed over a bottle of beer and a glass, but Mr. Sexy looked at the bottle, grimaced, and then took a long pull.
The other men at the bar started talking in low voices, putting aside newspapers. They paid their money and left.
I didn’t want to think it was because of the dangerous aura surrounding the man. It was, after all, three in the morning. No, there had to be something else. But I was sure it wasn’t the time to ask these questions.
The small bar was quiet now as I was waiting alone with the mystery man. The waiter disappeared to the back. Obviously, with only two patrons left, he could do other things. I sucked in my confidence, folded it around me like a coat, and approached the man.
“Hi. Mind if I join you?”
He grinned and gestured to the seat beside him. I slipped onto the small stool, perched uncertainly. Then I wiggled my bum a little, thrust out my chest, and gave him my very best come-on smile.
“Looking for a hook up, are you?” His voice caused a curl of heat to gather deep inside me.
I nodded slowly. Better to be honest from the start, I thought. I didn’t have time to say a word. The next thing I knew, he had me thrust against the bar, his lips on mine and his tongue halfway down my throat. But man, what a tongue it was.
He played me like a violin until he lifted his head, casting a wicked smile in my direction. “Your hotel or mine?”
“Umm, yours.” Right now, I felt the rosy glow of arousal roaring through me. Sexy and quick to catch on. Yep, I was sure this guy was a winner.
“You’re not from around here, are you?”
I shook my head. “No.”

Imogene is a mother of two, compulsive reader and bookstore owner. She lives in regional Queensland, Australia with her husband, two daughters, dog, cat and chooks. She has a particular fondness for vampires, star ship captains and things that go bump in the night (especially vampire types!)

Imogene has tried many varied roles in her working life including kindergarten assistance, teacher and childcare director, but rates owning a bookstore and writing her own novels as a highlight.
In her mother and wife alter ego, she has travelled widely and lived in some very unique places including Far Western Queensland, Cape York and even Tasmania. She loves to travel and rates China and Hong Kong among her favourite destinations.

She blames Star Trek Voyager, Firefly and the works of Alexander Kent for her interest in naval and space fleet interests.