By Unknown February 11, 2010
Wow where does the time go? Please join me in the coming weeks as I celebrate the release of my fifth full length novel - and sixth release. In The Hands of A Stranger is part of Blade Publishing's Handyman Series novels.

Convicted of murder, Adam Butler spent two hellish years, being slaved out to settlers for a few shillings a day, until he could buy his way to freedom. After months at sea he’s finally on dry land – unknown and a pauper – but free. When he saves an older, finely dressed Spanish gentleman he’s offered employment as a handyman in repayment.


The daughter of a wealthy land owner, Evangelina La Reina Herrara Ortega has been groomed from an early age to wed a man of her class and further her father’s business dealings. Betrothed to Don Luis Santiago’s eldest son, she journeys from her home in the small, wealthy city of Caceres to the Santiago estate near Madrid to marry only to find a bone melting attraction to a man forbidden to her.

The frosty Spanish beauty, sheltered all her life, is thrown together with the tough Aussie ex-con by fate. Will these two be able to survive in the wilds and build on the attraction they share? 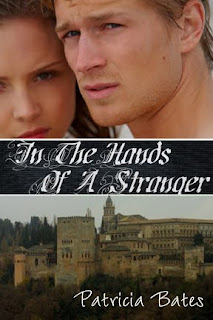 Look for it March 1, at http://www.bladepublishing.org/