A short history of the Publishing Industry 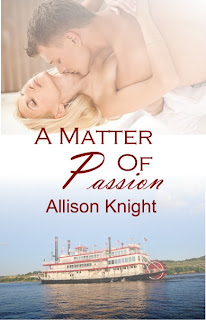 
At first, as people sought to record transactions, their history or laws, everything was written by hand. It took time to record small bits of information. Any book was a labor of love, and only available to the ruling class or members of the religion of the time. And so it was for hundreds of years.


As the Black Plague in wiped out hundreds of people, the landed lords or royals had to actually hire help. Farmers moved to the villages and towns that sprang up and the newly hired residents had to learn the rudiments of ciphering and reading to do business. Information about what was happening locally was important and that news became available. It was handwritten and pinned to the tavern door, or read aloud at the local inn by someone who could read.  But if you didn't live in the town or village, you got news second, third, or fourth hand, not the most desirable method. You went to the local church or synagogue to learn about your religion. The handwritten works,  now available, remained in the churches, synagogues or the homes of the nobles.


Along come Guttenberg. (I did say a very short and condensed history). He developed a way to print a hundred pages of the same thing in less time than it took to write a single page, so the growing middle class could buy their own bibles. It was an easy jump to also print the news of the day. Imagine! You could now buy your own news sheet for a bit of local currency, and take it home to read at your leisure.


If the news could be printed and sold - why not a book? It took more time to print, and cost more than the news sheets but people who could now read wanted more than just the bible or news sheets. Fictional accounts and fables, which had always been delivered orally and passed down from generation to generation, could now be printed.


Enter the publisher along with the fiction writer. The publisher had the expense of printing and distributing the book, so it was only fair for the author to give him a percentage of the author's labor. However, that brought with it another problem. The publisher could only guess what a book might produce by way of income. The publisher had to sell the books outright or contract with a bookseller which meant more expense. And what if he printed more books than were sold? With thought and planning a system was developed. An author would received royalties for books sold. Unsold books, if contracted by a bookseller would have to be returned and the publisher would lose his profits. Easy solution. Wait to pay the author his royalties but give him a small advance to write the book. And it worked for years. It still works today.


As more and more people learned to read, the demand for reading material grew.  A new chapter of a popular author was inexpensively printed in a new daily or weekly addition with the hope of developing anticipation so more copies could be printed and sold. Obviously there was a market for inexpensive fiction. So we have the first real paperback book becoming available. A lonely cowboy, shop girl or lady's maid could live vicariously in the adventures or romance of a hero or heroine in the 'Penny Dreadfuls', which were not only inexpensive, but easy to carry fiction.


Paperback books, or pocket books as they were originally called, were hugely popular. Series books and various imprints were developed but with anything mass marketed, as those books were, came a problem. As each new imprint or series was released the bookseller was stuck with unwanted books from previous imprints or series. Returning a large shipment of unsold books, even paperbacks, cost too much for the seller to enjoy a profit. The industry answered the problem by allowing a bookseller to tear the cover from the paperback, return it for credit and then throw the rest of the book away. That seems to be the model we use today. Hardbacks, of course, stayed on the shelves for a much longer time, and weren't returned as often.


With the advent of the home computer reading took a new direction. By this time we had spread all over the globe and family and friends had moved to cities and towns around the world. With the internet came the ability to communicate with them even though they were miles away. You could even read news about places you had lived with the touch of a button, in the comfort of your home and at your leisure. Local news was released via the internet, then national and world news.


So, just as with original mass printing of the news made available to the population, now books began to make their way in digital format. Printing had developed from handwritten works to print to digital works.


Today we have digital readers, the computer, the ipad, cellular telephones with apps enabling you to read news or books on the phone. We have more and more people  availing themselves of the digital market. Once again the history of the printed word had taken a new direction. I can only ask - what new device will once again change the way fiction is delivered to us? And what will it mean for the fiction writer? 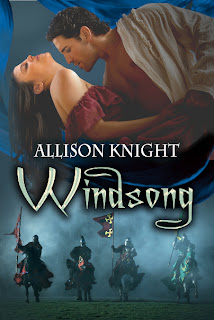