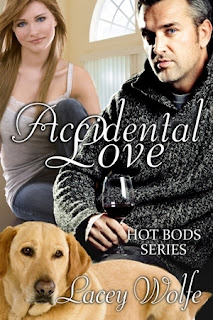 Has Jane accidentally fallen for the decoy?

Sometimes there is only one thing to do when you get dumped—make the ex jealous with someone new. Which is exactly what Jane plans to do with Ben, an older, handsome man who has agreed to act as her new love interest.

When Ben meets Toby, Jane's unruly dog, he offers to help her train him. But as Ben helps Jane gain control of her dog, he realizes he's lost control of his feelings, and he's beginning to fall for the much younger woman.

Suddenly, Jane can't seem to remember what she ever saw in her ex. All she can focus on is the way Ben makes her feel each time he kisses her. But now the ex has decided he wants her back, and he's willing to play dirty to make it happen.

Matt cleared his throat behind her. Jane's eyes widened in shock and she slowly slid her hands from Ben's neck, down his firm chest. She turned to face her ex-lover, and Ben's arm tightened around her waist, holding her close.

"Hi, I'm Ben." He extended his hand toward Matt.

Matt kept his arms crossed. He looked pissed, which was good, she hoped.

"Don't be late, Jane. We have a staff meeting, so you'll need to be back to handle any gym members." Matt walked away, heavy footed.

Ben took her hand and led her outside to his car. As they reached the vehicle she expected him to drop the act, but instead he opened her door for her and then closed it once she was seated.

He climbed in and asked, "How long do you have?"

"An hour. Fast food is fine if you want to drop me off and then pick me up."

He chuckled. "I know a place where we can share a meal in under an hour."

The hour went much faster than Jane would have liked. Ben was a lot of fun and took his boyfriend duties seriously. He had opened her car door and held her hand. This was something she could easily get used to. She was going to tell him he didn't have to pretend when they were away from the gym but each time he touched her she was at peace. Was it wrong to have a crush on the decoy? Perhaps it was the George Clooney look he had going on. It was every girl's fantasy.

Ben parked in front of Hot Bods and quickly came around the side of the car and helped her out. Taking her hand in his again, he walked her back. She started to object and it was like he sensed it. Releasing her hand, he tugged her closer and wrapped his arm around her waist, cradling her to him.

They stopped in front of the door.

He stepped closer. She sensed what was coming next, and she was more than ready. He rubbed her cheek with the back of his fingers then tilted her face toward his. Leaning down, he gently brushed his lips across hers. She moaned and was almost embarrassed to be reacting this way. He kissed a small line to her neck and her mouth opened, still whimpering. She was lost in the sensation of his light kisses and forgot they were out in the open. She was so turned on that if they had been alone she would have let this man explore her entire body.

Ben released her face, and she was slightly disappointed it was over.

"Have a good day." He kissed her once more on the lips.

He'd kissed her speechless. She didn't say a word. Instead, she simply watched as the most amazing man she'd ever met headed across the parking lot toward his car.

He was good. Very good. Maybe that was why Francesca was always after older men. They really knew what they were doing.


This is Book 3 of 4 in the Hot Bods series. Here is the link and the embed code for the Hot Bods Promo Trailer 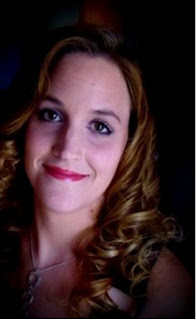 
Lacey Wolfe has always had a passion for words, whether it’s getting lost in a book or writing her own. From the time she was a child she would slip away to write short stories about people she knew and fantasies she wished would happen. It has always been her dream to be a published author and with her two children now of school age, she finally has the time to work on making her dream come true.


Lacey lives in with her husband, son and daughter, their six cats and one black lab who rules the house.


You can find Lacey at the following places: